some sort of a cheap (love) story

“do you welcome the idea of us becoming a couple?” “i was thinking about that...yes maybe..:)” “so you are now coming to believe we really are for each other?..” “ hahaha...uhm, that i still have to figure out” “okay. i was really hoping you’d say yes..haha. but hey that’s fair enough”
i was pretty in shape on telling him that we really were meant for each other. i am single (all my life) and he is very much available. i felt it. i didn’t really know what was it that kept me from spending my time with this boy...this cyber boy. but every time he’s around it felt good.
******
it was on that boring day when I met you in a chatroom. you buzzed, and i replied with the usual hi and found myself answering your classic asl pls query. it all started that way. i discovered that we were from the same area; quite interesting for me to know we will not gonna be having that much “distance barrier” if things go well. that was what i really hoped at that moment and guess i was lucky.
then we exchanged photos. apparently the one i’m staring at my monitor was the guy i am going to get interested with. at the first sight of you i knew i liked you. or better yet at that moment, i felt the butterflies. love at first sight?, a little short.
you were simple and charming just as expected. i love the way you took that pose and i find you very handsome there. i could not contain that appreciation so i showed no restraint in telling you how i felt upon seeing your photo. that moment must have i sounded funny because you just kept laughing; never seemed to believe an unreliable affirmation from a stranger.
"i'm viewing your fb fotos and you looked good ont hat nautical uniform" “hahahaha..really” “ahuh. and im having a crush on you now”
then i discovered we both speak the same local language. oh, have i ever told you i was very amused when you answered my question with that common thing we both have? it was delightful. the fact that aside from distance, language barrier would never be an issue.
it could have been a long interesting chat when you told me you needed to go. i was trying to hold you back but you were insistent of going; after all, it was already past 8 o’clock in the evening late after we have started an afternoon of chatting. i somewhat lose track of time when i realized i spent six hours already on the computer. but was worth it. i could never lose such an opportunity having someone as interesting as you so i asked for your number. and you gave it.
“i am not the choosey type, values are what really matters to me; i don’t know if you also do the same. people look different in photos than in person, could it be deceiving sometimes; but i can assure you i really am the guy who’s in the photo”
then we started texting. i wanted to keep the communication alive; i left messages on your messenger whenever you’re not on-line and prompting you with my smiley face every time you’re lit up. we spent some whole afternoons of flirting and talking just about anything. guess that was the cutest stage of our getting-to-know. i discovered you’re eighteen and i’m older...older than you thought i am.
“is there a possibility say, come a circumstance and you fell in-love with someone who's gay..is that possible?” “i am not closing my doors on anyone.. that's possible :)”
one afternoon as we ended up our chat, you said something that caused me to blush: I LOVE YOU. i fell into some sort of a trance. you may have thought i became indifferent because i got quiet after you said that. i couldn’t react sooner. so you took it back right away by saying you were just teasing. as i snapped out and needed to say something, i was able to only gave instead a smiley face as reply. arrghh...what could a lame gay guy do but to screw up and be lame! i felt disappointed at myself again. yet deep inside millions of butterflies are filling up my stomach.
i was about to go home when came a text—a greeting for a pleasant evening from you. i proceeded to asking right away what was that all about? you just gave a slight laugh and told me that that was it. it was too vague for me at that point.

“you weren’t serious right?, because you took it back. you were just kidding like you said..” “aw, okay. i’m giving it back again...” “you could not be serious..” “that’s just it. and i’m meaning it...now. i gave it already so not gonna take it back”.
“so what do you want to happen between us?” “well if really given the chance, i’ll make friends with you and, it could be that through it we’d get to know....okay, i am deeply hoping for fate’s  favor here for me to finally have someone i could consider special”“..but not right away”
i can’t be too naive to believe it. or at least convince myself to  act like i don’t believed it. who could believe something out from an on-line chat with a stranger. but for a 20+ old loveless-since-birth gay guy, that seemed too enticing not to entertain.
that paved way to a deeper form of cyber friendship we involved in. we became more intimate with our chats and texts became as often than before.
“how i wished i could be there with.. will you let me hug you?” “...hahaha, but how are you gonna do that?” “let’s just say by heart, everything’s possible..” “....” “and...i am hugging you right now...and kissing you”
one weekend night when i was out with my girl friend when came a text from you asking if i do  have plans of meeting you up in person. i didn’t see your point of asking, of course in the future i should meet you, it’s all part of the plan. “i could only stay here (Dapitan) until april 11. april 10 is our graduation day and after that i will never be coming back here. so our chances of meeting-up will be slim. i have to take my apprenticeship at our province (Zamboanga Sibugay). can you come or not?”  you sounded upset. it was a bomb. and you dropped it right there.
“how come you haven’t told me all these? i was still planning and sorting things up”. you were apologetic. it was all you could do knowing you can’t extend a little more of your stay. i have been planning things...for us―for us both. i have to meet you and you know that. but i can’t seem to think why you just tell me all these now...we were just paving our way there. and just like that my plans went falling apart. I was supposed to have fun that night but was saddened by the heart-breaking news.
though i desired to but—for the moment—say to you i can’t come.
tonight i am just gonna sleep with this. right now i still don’t know where this thing’s heading again―another addition to my epic failures list?..could be, we’ll only know. i can’t be too serious about this but he’s already got me into this. it is my goal to make a catch this year and i am taking a shot at every given instance; no matter how odd (and cheap) it may seem. that is why i just have to sleep with this through the night. maybe upon waking up the following morning it will all make sense to me and would look as if everything’s just fine.
“thanks for the hug...and kiss. gud nyt :)” 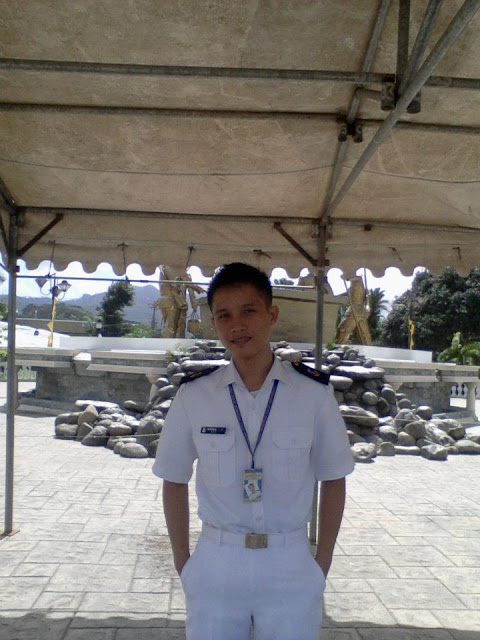