it would be unfair to blame you for the circumstance just because. sometimes we need to hold unto just whatever to get a grip and get by day-to-day. i understand you are as of the moment broke, that your mother just died of a terminal illness and your older brother—who has assumed the responsibility of your deceased father of sending you to school—can't anymore handle the financial impact these fateful circumstances have brought your family. i'm very blessed i have by my side people who stood there with. i totally felt for you because i also had my share of the same situation when my father died of stroke and later, when gram-ma got sick.. it was bothering seeing her wail with pain and her cry was so much for me to bear. she had liver cirrhosis then. as much as i am troubled, i can't describe how my mother must have felt at that time for her ailing mom, she must have been in enormous amount of emotional and mental distress again. but to say is just an understatement, it was so helpless. among her siblings my mother got to take care of her simply because she's in our charge. believe me i have gone through those and it was very hard, and i was studying at the same time. so when you told me about what's happening in your life it also have bothered me to some extent.

but as much as i wanted to be there i can only console you and give my deepest regrets with your misfortunes to somehow give you solace. i also was having a hard time myself with my own life, and my problems though not as tough as yours, were giving me sleepless nights and headaches. seemed that life is catching up on us..

you once told me i'm an angel sent from heaven—a bit sweet—but i immediately broke that notion because the reality is that i'm not and i don't want you to think of me that way, that's too much to live the reputation. when i told you i can't help you this time it was because i really can't. and i was not prejudging you of something you think contrary to your accusations. i even didn't say anything except what i have told. needless to say, i already have extended help twice, and i can't sustain if it went on. that third time i think was too much so i’d better put an end...

so, i am sorry if it may have broke your heart

"im sorry j**f, but i think i have done my part already. i have gone too far on this to the point of feeling guilty for both you & myself. guilty towards you because with what i'm doing am not teaching you (to stand up & be strong). guilty for myself that i've done pathetic things in my life & haven't yet learned from those. is being too nice a bad thing? sometimes i get to ask. but i hope i'll put an end to this guilt, you may hate me for it. i won't hate you and never will i but i have spoken & have done enough." 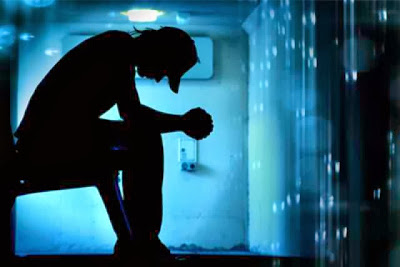