i already have told you this but saying it again anyway: i have stopped doing facebook.. and stopped mean deactivating (temporarily) my account last july 15, exactly a year to that unforgettable incident.. errr. but the date has really no relevance, i didn’t even know. pero why bakla, buhkett? apparently, it has been boring and thought the information im getting from every friend update's adding up a pile of stress on me (napaka-haffected ko nomon). nakakastress lang ang mga bali-balita it came to the point i got fed up. not to mention the parade of selfies that are so nakaka-hellerr?.. hanubei, gandang-ganda lang ba talaga sa mga sarili te? koko-inggit nomon! choss. excuse to those whoever this points a finger at but i get annoyed with selfies. i'm getting to think that these soc networking sites are becoming an avenue to spur narcissism among us but shrinking the substance. it made me remember this friend who was pushing me to visit her albums & Like her fotos. kafaal ng feyz! hanu ako fan, utusan ba? of course i did no stupid. but more are drawn only to their fishbowl of Likes and Comments that are very side supporting, or should i say, just for the sake of. not to generalize but, hey people..

call me a nerd (Nerd!), or a loser (Loser!), or gay (fuck!) but i really felt that i don’t belong there anymore. my good friends too are hardly ever be regular so what’s the point? i once told Dacota and another friend about this tirade and they also shared their varying thoughts.i have this notion that online friendships are no different than shitty quasi friendships; lacks depth and sincerity. there are exceptions of course. but if that is too presupposing then i don’t care, that’s how i felt and i trusted my intuition better than my seatmate. but who knows, i may get to be back sooner, say a year after?, when everything’s sorted out at least.. (as if everyone cares too!).

but life gets better even without facebook. am as to this point enjoying another site which i think is more motivating than scrolling down on selfies 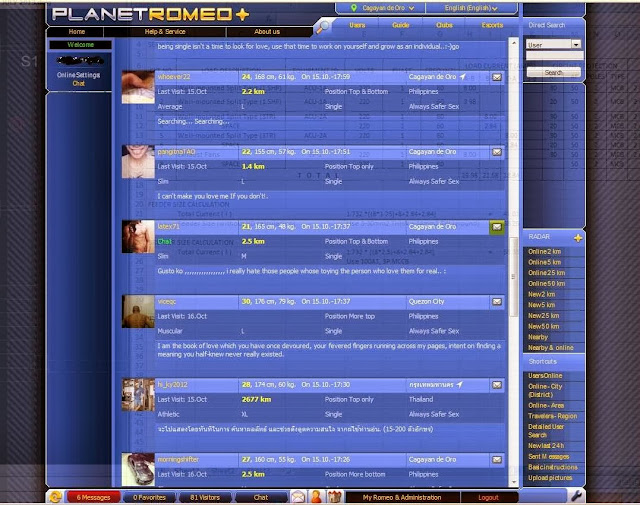 yaz galfriends i’m on PR. and this site made me think i had been spending too much of my spare time clicking Likes and missed on this. so far it’s been quite interesting. this i suppose is what i’ve been looking for: an opening to date local men! i already have met three and more to come. isn't that exciting?

just wondering though, because i put on my profile data ‘Gay’ but almost everyone there is ‘Bisexual’ even those power bottom sissies… bisexual? really?

she is a stone brick

she is a stone brick
still as everything else
that lined the streets
that ran the miles
into her beautiful home;
long she's been there.

she is a stone brick
she smiles in peace
the creases that run on
her serene face
leading but nowhere;
long she's been there.

she is a stone brick
that has lain in the nights
where the cold air breathes
some jolly joyful company
they then gather by the side;
long she's been there.

she is a stone brick
she came home one day:
"mama, make my bed up
sick am very i need to sleep.."
gone the outside she played;
long she's been there.

so mama made her bed up
as she made up the bricks
piling it high at the waist,
where the other bricks
on the garden—sat..
long they've been there.

she is a stone brick
that ran the miles
her serene face
that has lain in the nights
on the garden—sat..
long she'd been there. 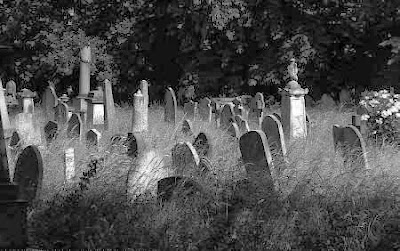