on this time of the day

i would rag and you always fought back. it has always been like that when we're together, a common picture of two friends on their eccentric but familiar behavior. you were like, the soul mate i never really had.

i remember one morning you went by the house. i have been absent in the class for days of chicken pox when you came to visit and check how i was. it was a sweet surprise that might haven’t been known. before going, you furtively handed a green mango barely the size of my fist, and was i ever so glad accepting that thoughtful gesture.

during weekends i would sneak out of the house on siestas to join you to the hill where the other kids hangout and play. we would frisk around and there up we’d climb every tree. undeniably during those days, that was already amusement. i would dream even at that young age, that we’d be together forever as friends. at some point though, particularly when we fought over on something, i would get so mad and thought of cutting everything off. but i guess i hadn’t really understood the truest sense of friendship until later you'd talk to me like we never quarreled and soon before sundown everything will be back to normal again.

we parted ways in high school when your house got sold and you had to transfer to another place. i also went to a different school so we weren’t able to communicate therefore. there were neither cellphones nor facebook then and the only thing i could do to update was to listen to whatever hearsays going around the neighborhood. that point we may, or i may, have began to realize that our friendship was starting to drift away; you have your life & i was having mine.

came one day a mail during which time i felt like hadn’t been anyone there to console me on the darkest days of my life. the letter was handwritten on a scented stationery (uso that time), & was meticulously folded into three parts, containing selfless words of sympathy i really needed. perhaps, as what the saying goes—there is light at the end of the tunnel—but in the deepest darkest part, of all the friends whom i expected to condole with me over the passing of my father, it was you whom was the least exected. i never had the chance to write you back however. during my father's wake, i hadn't known how to deal with the bereavement & that tiny letter might have been sorted out of my mind..until i have completely forgotten about it then.

there come times i would remember you and ponder about us. even now, i get to ruminate in this time those days which i can only speculate, if there had been, what went wrong when everything‘s young and fair..

i was visualizing us very cheerful when we parted ways home. the sun low, our faces drenched, clothes soiled and skins sun burnt but we never seemed to care. there was no waving goodbyes because we knew tomorrow’s always coming for us.

i wonder how are you doing now. 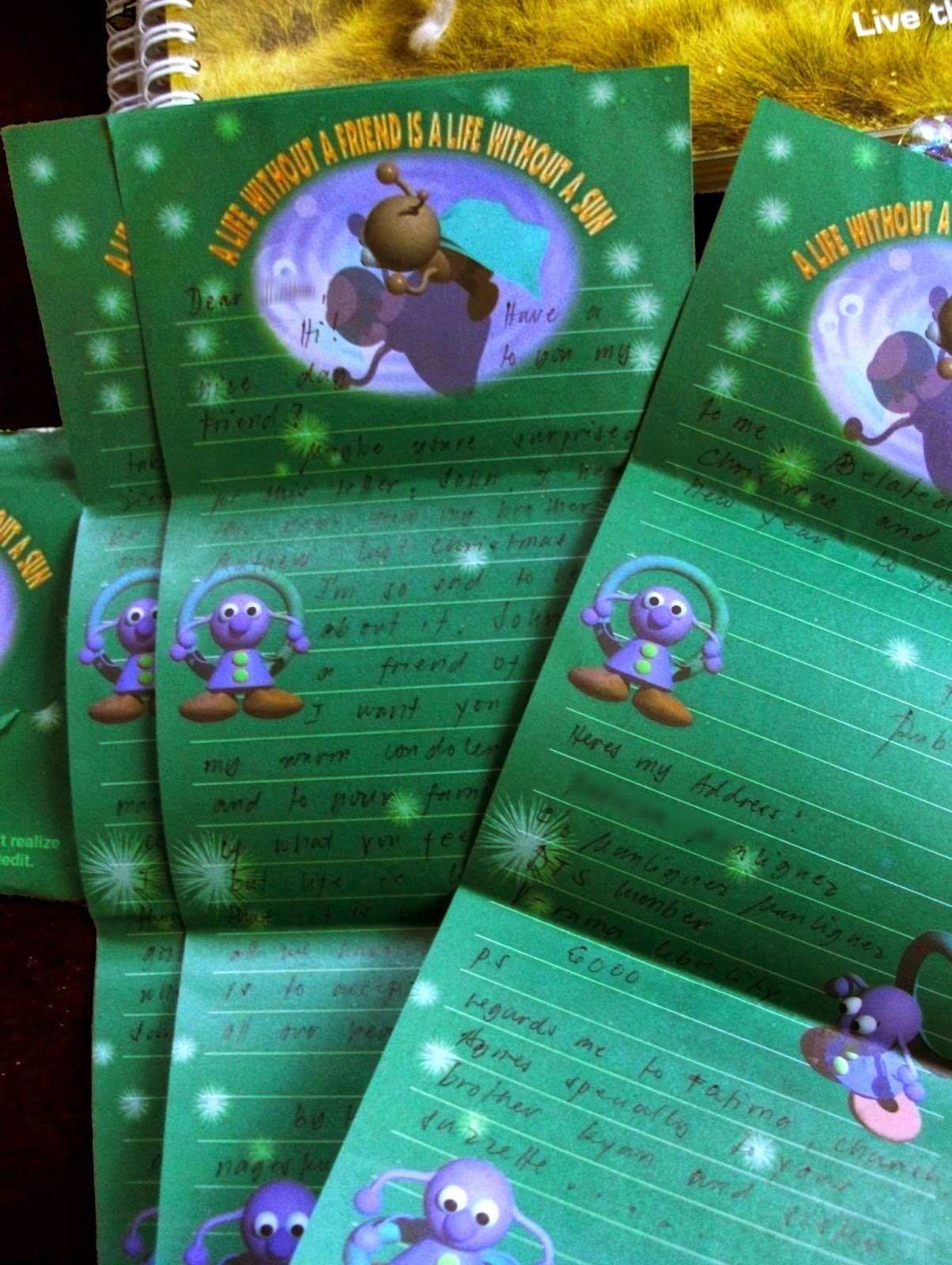