while we might have thought that some of our favorite songs were originals from our faved artists, we better think again. yes, just as we thought it came from their own emotions inspired by their actual personal experiences, which is to say, cliché as what it might be. last night as i was browsing for music  on the net i came across this youtube post which kind of got my attention—covers—actually, it’s all about songs that we never thought were remakes. form superstars like Beyoncé, even with the late Whitney Houston, unless you’re an all-knowing  music enthusiast you’ll probably be surprised as i was. so i picked 12, and here are the run-downs.


12. IT’S MY LIFE (No Doubt, 2003); originally by: Talk Talk, 1984
before Gwen Stefani became Gwen Stefani, she fronted a band named No Doubt. remember the song ‘Don’t Speak’? well, i’d better make a mention about it. but one of their hit song entitled It’s My Life back in 2003 made to the mainstream pop and nobody of us knew it was a remake. originally by a British band named Talk Talk released in 1984. surprise. 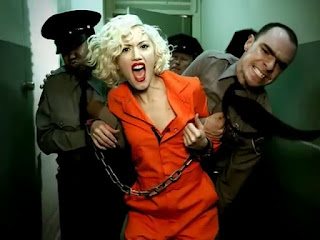 11. I WANT CANDY (Aaron Carter, 2000); originally by: The StrangeLoves,1965
back in the day that was, Aaron carter, the younger sibling of Nick of The Backstreet Boys, released a single on 2000 named I Want Candy. it was a hit to the fans specially the younger girls (me included, hihihi) because Aaron was simply just adorable. but i recently discovered that this song was a cover from The Strangeloves. a 1960s band that's little-known during Aaron’s era. the song actually had several covers including Mel C’s of the Spice Girls and Bow Wow’s. owkay.. 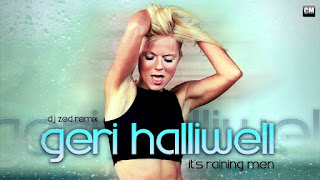 you see, Geri was my favorite Spice Girl. and i still loved her when she went solo. what i thought was her iconic original song It’s Raining Men turned out to be originally performed by somebody else, and had several covers. disappointed?, a little, but am always a Ginger Spice fan. i even get to an argument with a classmate from high school about who’s the most successful spice girl and i said it was Geri because her songs made huge impact, original and were iconic. gosh, i was so ignorant.

9. GIRLS JUST WANNA HAVE FUN (Cyndi Lauper, 1983); originally by: Robert Hazard 1979
when we heard of this classic disco hit we outright associate Cyndi Lauper to it, right? right. if your music library wasn’t as diverse, ey, for the younger ones. this was a massive hit by Miss Lauper back then and i remember my mom dancing to it while it’s played, and still does now! but little we did know that this song was not as ‘danceable’ as it turned out to be in its original version. because it was previously performed by a male artist it was written in  a male’s point of view, and it was not disco.  guess that could be the reason she made it a hit, people just wanna have fun and hers was more of it.

8. TORN (Natalie Imbruglia, 1997); originally by: Ednaswap, 1995; Lis Sorensen, 1993
originally by an alternative band named Ednaswap two years earlier before Miss Imbruglia made it a hit.  it was actually their second single. prior to the American alternative band, the song was already recorded by a Danish singer Lis Sørensen having the tiltle “Brændt” (Burned). the track was produced under the label Eastwest who wanted the group to produce some more pop-ish-acoustic albums which the band didn’t agree so the label dropped them. however the track was included in Miss Imbruglia’s Left of the Middle album, this time more of an alternative-pop version.

7. ANGEL OF MINE (Monica, 1998); originally by:  Eternal, 1997
we always associate Monica with this song, i mean, we always do. yet this song was actually released a year earlier on October by English R&B trio Eternal under EMI, following their first single I Wanna Be The Only One. in 1998 however, American singer Monica covered the song and released it as the third single from her second studio album The Boy Is Mine (1998). the song followed the success of her previous singles The Boy Is Mine and The First Night by becoming the third chart topper released from the album to reach the top of the US Billboard Hot 100.

6. I LOVE ROCK & ROLL (Joan Jett & The Blackhearts, 1982); originally by:  The Arrows, & Allan Merrill, 1975
for those born during the late nineties, you might actually think Britney Spears did a remake of this song by Joan Jett & the Blackhearts. which was used in her movie in 2002 ‘Crossroads’. of course this was a popular rock & roll song by a girl vocalist and we can never get wrong about it, right? wrong. because it wasn’t Joan Jett & company who originally did this song, it was a band named The Arrows, and Allan Merrill back in 1974. but it was 1974, who the hell would know? 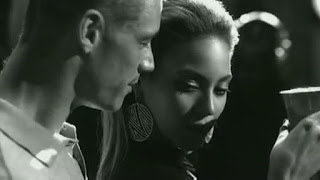 5. IF I WERE A BOY (Beyoncé Knowles, 2008); originally by: BC Jean
i can’t really believe this was a cover song. but hence. this was popular from the I am Sasha Fierce album, but I am quite sure we didn’t know that Queen B was not the original artist behind it. it even had a version with her and R Kelly in it, and R Kelly himself had a version on a man’s POV. but credits should also be given to the singer-songwriter named BC Jean which did the original version of the song. unluckily for her, her version was rejected by her record company and the song rather went the to the Queen.

4. I WILL ALWAYS LOVE YOU (Whitney Houston, 1992); originally by:  Dolly Parton, 1974
this came as another surprise to me because this song was iconic and is closely associated to the great Whitney Houston. it’s even a popular karaoke or contest piece if you know what i mean. but did you know that it was originally done by country superstar Dolly Parton? yes fellas. in fact this song was released in 1974 but a bit forgotten during the 90s (Houston was big at that time). and we all know that it was used as a soundtrack of her popular film—The Bodyguard—starring alongside Kevin Costner as, yes, the bodyguard.

in the early nineties, Ace of Base made it big with their single The Sign (which was reincarnated in the movie, Pitch Perfect). yet another track named Don’t Turn Around which was equally as good, actually one of my all-time unforgettable, turned out to be a Tina Turner original. okay, i’m going to be consistent and excuse myself on this, and i wasn’t born during the reign of Miss Turner. ahemm. 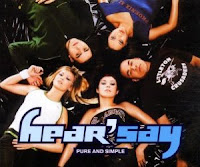 2. PURE AND SIMPLE (Hear'Say, 2001); originally by: Girl Thing, 1998
this song was the carrier single by Hear’Say’s debut studio album “Popstars” in 2001. they were formed through a reality tv show Popstars, the UK version. after some internal issues they disbanded in 2002 after their second album, which didn’t made a huge commercial impact unlike their first. contrary to what we thought, this song was earlier recorded by the girl band formed by Simon Cowell named Girl Thing— thought to be a rip-off of the famous Spice Girls but wasn’t as successful. Girl Thing performed Pure and Simple during their The Big Reunion Season-2 concert.

1. DON’T CHA (Pussycat Dolls, 2005);  originally by: Tori Alamaze, 2004
now this song was first released on 2004 by an American singer known as Tori Alamaze. she used to be a back-up vocalist of the the hip-hop duo Outkast, when eventually she made a record deal with Universal Records as a solo artist. Don’t Cha was her first single produced by Cee Lo Green, which, didn’t really performed on the charts and only had a mediocre success. so the song went to another group after Alamaze was dropped by her record label. the song however, made it big after a year it was previously released but by the Pussycat Dolls this time, which catapulted the girl group to the top selling 54 million records worldwide. 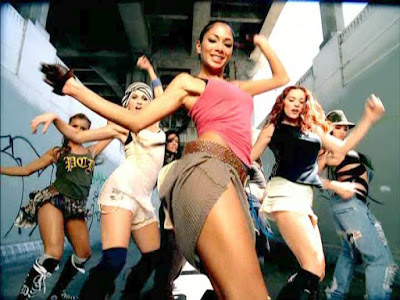 a familiar face appeared at my door one day. i already have forgotten his name but i remember him well. guess i already have expelled that possibility wherein one day our roads once again cross and destiny will give us a happy ending. yet here he is now, smiling at me at my front door.

i was caught off-guard and was held at the surprise. a lot has happened i have already given up my hopes on him after several weeks of moping.

i feigned to didn’t hear his question and tended on the other boy that was buying on the tindahan, but  i cannot help but throw glances at him. he has grown to be a fine young man. mas naging cute siya lalo.*sighs* his smile stuck on my head like an LSS involuntarily kept flashing over & over at the moment. i felt like if i’m going to talk to him, i will surely stutter. i surely had a crush on this boy before. but seeing him now reinforced the fact that i wasn’t wrong.

i felt deeply sad that time he went back to their province, that was roughly three years ago. he was the only boy at the village i could remember who dared come near me and initiated a conversation. he was as brave and confident, i guess that’s all it took. and i gave him all the credit for it. you would know he has substance when, at his young age, he has experienced a lot already and he never hesitated to lay those stuffs on the table.

going back, truth is that, when he asked me how i was , i didn’t really know what to tell him at that time. i have a lot to say but was disorganized as to be too excited, or to remain calm, or just as be—happy that he's finally here. he was sitting on the bench near the door when i invited him inside. at every fraction of a moment when he was talking, i stared at him to make sure i’d remember as much detail of his face, his smile, his gaze, his mannerisms, every curves & crease when he smiles, because i needed to be aware that this day is not like every day. one day he’ll be here, and tomorrow he’ll be gone again. 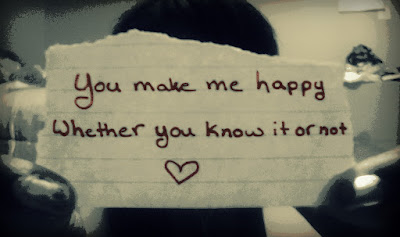 related article: when loneliness sets in
photo taken from: staticflickr.com 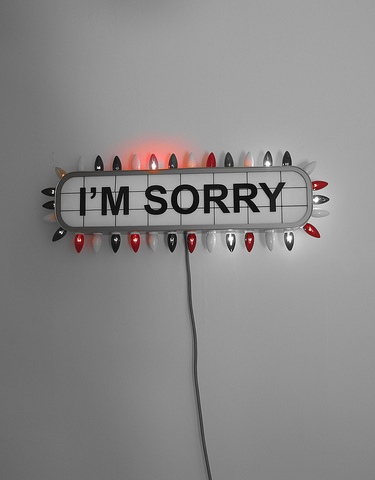