do you guys still remember my post on an attempt to write a novel? ever wondered what has happened the challenge i gave to myself? well, i gave me three years due to complete a book. yes folks i was serious about it. though i'm still trying to sew the pieces together i really find it hard to plot a story that is why i look up to those famous novelists out there who made it big, with their novels adapted to the silver screen, and even some becoming screenwriters themselves. it is my unspoken secret that aside from my chosen profession, i also wanted to become one famous screenwriter one day. but first i've got to have my own book.

so i already started writing and making things happen as an attempt. here's an excerpt (rough draft) taken from a chapter i already did.

from the balcony she walked with a cat-feet, bare—feeling the cold of the floor. she stepped-in to feel on the polished surface the wintry taciturnity of last night's spell. she made her way to the desk at the corner opposite the bed to put on some notes on her diary. it looked as if she really wrote those entries earnestly and intently as if it would be her last few entries on her thick, hard-bound..

she paused for a bit and made a deep gasp like inhaling a huge amount of air and then lifted her head as if remembering she was ought to do something else so she folded the diary close, put the green—like the color of a new grass—Sheaffer on side top the desk.

after a moment she rose up from her writing desk and proceeded into the center of the room, with a palm on her forehead she appeared to be as if trying to remember what she should ought to—or just yet, seemingly oblivious on what was the next thing to do. so she turned towards the closet. it had a large double door with a full length mirror on it,  inched her way and acted curious by sorting the hangs. she did not seem to find anything during her probing so she closed it. but then she opened it again, stared blankly at it, and then closed it back.

she gently pushed off the shoulder straps of her dress and it fell smoothly down to the floor like wine running down a crystal glass. she positioned herself a face the mirror so she could view herself full-on. she was now viewing herself at full nakedness, standing statuesquely, her dress still at her feet. her dark wavy hair shone in the warm glow of her bedroom. if someone had been watching her, perhaps a man, she will surely produce a stream of lust in him.

there was neither a smile or a smirk on her face. but only apparent desolation.

she lifted her left toe and stepped out of the dress like a long-legged egret poised to take off from the marsh ready for its flight. she was startlingly attractive. the man would come at her with a perceptively controlled excitement, he would step at her upon the rear and he would smell the scent of her at once, her neck, and the little gentle folds behind her ear. then he would run his nose down to her shoulder and her feminine scent would flare up something inside him. he would cup her exposed breasts with his rough fingers each spread wide apart to feel more of her. he would stay there and tweak at her nipples, playing and teasing it with his thumb. by doing so he would feel the sudden charge of blood running up to his head. his masculine darkness would be tainted with red when he would be blushing with utmost anticipation and delight, eagerness, enjoying the heaping heat of the moment on their nakedness.

and then from behind he would run his palm lower upon her until his fingers would get caught over the fine hairs at the slightly sloping part of her abdomen just below the belly button. he would let it slide farther down until he would feel her slit then he would reach the gap in-between her thighs..

but then again, there was no man.

no one around but herself and her delirium. and the unobtrusiveness inside her muted apartment. her shadow was lying on the thick expensive carpet placed half of the bed length. the lighting in her room were a bit dim but the warmth of the glow would surely bring the perfect mood had there been someone with her. but she's going to be alone for quite a while until she have completely learned to let go and move on. the realization made her lonely knowing she'd be dealing with it for a longer while like carrying a heft twice the weight of a solid granite statue. then something snapped out of her mind so she quickly twisted her way towards the desk again. she slowly pulled out the drawer beneath, and after rummaging found her pair of shears. she normally used this in cutting loose threads, knits, sewing, and cutting fabrics. it was still as new as she bought it a few years ago. this time she had a different idea so she went back to the mirror still in her nakedness.

the perfect oval shape of her face has now became more prominent with her dark hair equally parted from the center that fell on each side of her face flowing down farther to somehow cover her breasts. she stroked the other parted half with her left fingers, like she normally does with a comb. her head slightly tilted to the left, her head side wards, staring blankly on the mirror. her right hand holding the shears. moments after that she looked past her own image at the beautiful woman standing in nude by the mirror, even still, holding a vacant gaze.

right at her left she took a handful of her hair and without hesitation cut it down. chunk after chunks fell to the floor, some fell over her dress portions heaving over after the other. though she did it uncaringly and without any design or anything at all, she did it with full decisiveness.  she wanted to get rid of it like hay grazed for feed to the animals of the plow. she could feel every minuscule of strand spearing through her bare skin sooner before it fell one by one to the whiteness and smoothness of the granite floor and mingling to the darkness cast by her shadow. she now began to look despicable, repulsive, and uncaring after decrowning herself. she didn't even cared to cut it with a little decency to make it look good, but her intention was really to relegate whatever she had that the others can only envy. she paused for a while. her eyes imposed a stare as if she was really serious in demeaning someone through herself, and that this time she attained what she has intended to do.

now that she looked like a teenage boy there was neither a feeling of guilt or regret, she just stared at her reflected image with her new hairdo—that was for the first time, having it unevenly and uncaringly slashed. she didn’t feel any lighter without her crowning glory, only a heavy volume of hatred and self- loathing gazing at her nude replication full-on on the glass. after that she dropped the pair of shears that dangled on her forefinger and it came to close off almost hitting her right foot when it fell to the floor, half-open over the hair chunks close to her dress. she took off to the room containing the bathtub and opened the taps. she didn’t wait there for it to become full. she went back to open the closet and grab whatever she could to cover herself.. she was agitated this time, virtually showing off her distress as she was walking back and  forth in-between the desk and the closet. and then from her flat on the 22nd floor unto the distance, she heard the vespers of the belfry echoing  in the silence and stillness in an hour too late to be called evening and too early to become day.

and in the sudden twist of her thought she all of a sudden muttered quietly: it's time. then she graciously moved towards the large glass sliding doors to the balcony. from afar she could see the faint light of the young emerging morning, almost on its way up upon the horizon of skyscrapers. for the last time she took a deep breath, and sighed the scent of a quiet still-sleeping town.

she then let herself go off the balcony when the phone suddenly rang.

she can still hear the phone ringing, but she already has let herself go.

so there. it's still on its raw writing stage. revisions and polishings will happen later when it's completed. so what do you guys think?

Of What I Have Become

You may have been long gone
And long have I let you go
But a big part of me still
Remains wishing—
That may you have got to live
To see me have this title.

We could have had a dinner after
With Mom, Rye, and Sue
And have talked excitedly
About a fervent dream at hand.

This flower in my hand I am holding
Is set not for the dinner table
To be placed but, on your marble grave.
Along with some candles to remember
That once you’ve been there
Standing before me tough and strong.

I stood here with all the prayers
And hopes and wishes with me
Set forth to enclose this serene afternoon..
Hello Dad—it’s been a while,
Have the best which I brought
This license that I now have, for you—
Wherever you are now up there
My greatest of peace, and purest of smile. 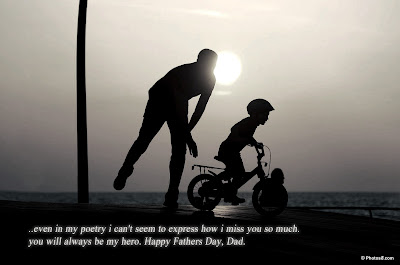 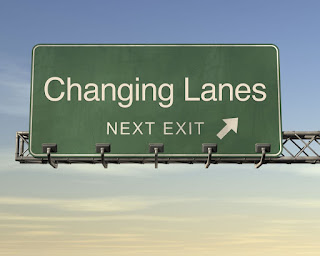 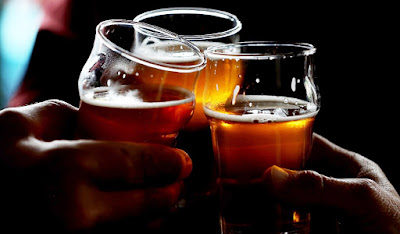 related posts: 'paulo'
fu#k me
aroma
you might also like: fervor
size matters
a dose of what?