a memory once again resurfaced: maybe because i saw you the other day. this whole thing which had become another classic tale of unrequited admiration. Charr. i didn’t know if i was ought to finish this crap and blog about it, the fact that i have forgotten completely this whole...shameful experience. oo mga bekahloo sampalin niyo na ako!

so here was the final installment:

knowing how important timing was, i wasted no time and dropped the bomb right then and there. another streak of impulse trying my luck on that overrated Vday (or Vweek). prior to the affirmative response, i was very confident about it, paving way for that very unlikely invitation which came out of a crazy #dareMyself idea. an idea that gave me incontainable joy that time which i thought would be IT! but then came the excuses.

the suppose-to-be event could’ve been the start of a beautiful thing that could crop up between him and me; or was i too presumptuous...at least now i know what fairy tales do to us. kaya hindi ko na xa pi-nush te. i’m probably be convinced that all good things must stop. an invitation for a dinner date that went to a tragic end. so how can i reconcile these when it didn’t really transpired in the first place? it wasn’t there and it didn’t happen. and the previous posts i had, ruined.

maybe that was just it: a mere meaningless affirmative response. i‘m wondering if he just gave in to the pressure at that moment which was of course, kinda intentional from me, because the sound of his words weren’t coherent enough for an interested (or excited) party who will look forward to a much-awaited suppose-to-be experience. oh that was TOO assuming of me. hungsaklap. sampal ulet, nang magising!

i WAS over this, really. but at that time honestly, i didn’t know what to feel. spell S-H-A-M-E. it was a simple plea on my expense. but never mind. he didn’t have to be sorry or bother at all. it was petrifying the fact that i needed to forget him. but i did. and have gracefully moved on.


author’s note:
this post was long overdue. i thought of not posting it anymore, pero wala lang akong mai-post.

related posts: ton
ton: the email sent
a look back at the conversations i had: I'm gay. I want it out!

clubbing wasn’t really the type of leisure that i would enjoy simply because of the crowd. i was already in college the first time i went into a dance club hadn’t been persuaded by friends. i love to dance and i danced in high school, but most if not all, were just special presentations.

one evening we were on a club: the lights dazzled, smoke draping the room, & the blaring music made me move to the groove. it was amazing. or maybe the universe is telling me to let go, loosen up, and be one with the crowd as they mindlessly pump and flail their arms up to the rave—sordid, locomoting, all for the sake of fun. they say, if you can’t beat them join them. what’s the point of being there anyway?

next thing i remember was we swarmed to the dance floor and became one among the vibrant crowd. enjoying the moment of freedom—and i guess it was, even for just a moment inside that room, felt bouncingly incredibly good!

i wondered if it still feels like this tomorrow as i wake up. looking back at the carelessness, raw and naïve, irresponsible days that my youth once was.

***
given i’m very introverted, there should be times i just wanted to be quiet or be alone. when with friends i merely listen to their stories without having to butt-in. and my Friends knew that.

i had this neighbor named Fe, whom i became friends with in the past several months. i liked talking to her, she seemed to never ran out of stories to tell. or maybe i just like spontaneous people: they make me become talkative and attentive. i never cared about other people’s business but she managed to always get my attention.

one day she didn’t came to our usual spot where we, together with some other friends used to hang out. after several days, we realized she stopped hanging out.

one of my friends—Beronika—told us she felt odd of a time i got so quiet. she thought i was being indifferent. to be fair, i have this strange attitude where i just shut up. but that didn’t mean anything, honestly. perhaps it was just my way of re-charging, re-collecting myself back. why i do that i don't know..

i was amused upon hearing that at 56 she can’t yet differentiate resentment from having to “mouth-relax” that she took it so seriously. angry, for what reason do i possibly have? i didn’t get the chance to apologize. she didn’t either. it was an irrelevant thing but she gave it a ruinous meaning.

was talking to an old flame, Rebo, and we were all well except for a little air of awkwardness between us. you know our story. he was a misconstrued gentleman: the type who’s got the loudest jeer when you fell on the hallway, yet, will find “cute” ways to make up for his nasty. among all our male friends and classmates i was one whom he hangs-out a lot, on my own observation at least. at one  point he’s normal but he gets weird when we were alone. i didn’t mind him at first but eventually developed this odd fondness towards him.. i guess i got used being around with him always coz when he's not, i sorta started missing him. oh my, weakness! so secretly, he became my source of strength and my weaknesses at the same time. i gave meanings to those subtle hints—or were they really?

one evening Caroline messaged me, “atch, saw this post on fb with you and doc..do you 2 hav sumthg going on?” i didn’t have any idea what she was talking about. “u 2 seem to always hang around very often”. she showed me the photo: was during Thanksgiving Day when i went to Doc’s house with Darla because she wanted to celebrate Thanksgiving with a small dinner.

it was posted on facebook. Doc is a radiologist whom was a client on one of my projects. since that, we became friends and she’ll invite me every so often when she needs something that she think i could help. she has a son whom i became friends with too. that’s it. she and Caroline have already met. we all knew basically that it was a platonic professional relationship.

i have resided to the idea that life is much peaceful without social media, so i for the longest time have never updated my account, only recently; probably because i always thought everything there is distorted, fabricated, and pretentious. and everything can be misconstrued for something else. i suddenly remember the #soblessed joke, SMH. LOL. but really, life can’t be that perfect like, flawless perfect as presented on the feeds right? pero malay ko naman di ba? baka perfect nga talaga buhay nila..#sosoBlessed.
so it was just a simple dinner. as if she (Caroline) wasn’t the first few people i outed with. besides, Doc is a very nice woman, and im gay, nothing more. as with her son?, hmm...nope.

one afternoon i was peacefully listening to this easy-on-the-ear music, sitting by our tindahan when a familiar man appeared at the distance coming my way. that criminology stud neighbor na madalas kong makasabay sa jeep! i have been crushing on him because he is tall, athletic, tisoy, and yummy. everything i could ever want for a man! our eyes met and we held it in a fraction of a time.

THAT THERE IS NO COINCIDENCE.

if i were to give that incident a meaning, i could have had written a separate post or two, but that was just it: a fraction of a time’s length of a gaze that was unknowing to him.

could be something more? i can only fabricate a story.
but how i wish.

being an (drug) addict IS always a choice!
much more so for being hypocrite.

so YOU, you smelly old bigots STOP PREACHING about morals as if you are above everyone else because you do not even know the morality that you "advocate" merits you or not.

i am not giving my sympathy towards your false humility, neither am i falling for those malevolent personal agenda. hypocrisy was an ancient game but people are wiser now so do not use your religion or position against my ideals. you cannot hold something against me with your untruthful representations.

so please stop pointing a finger.

"for ALL have sinned and fall short of the glory of God".

that is, only if you truly believe in God.

and i, Thank you! 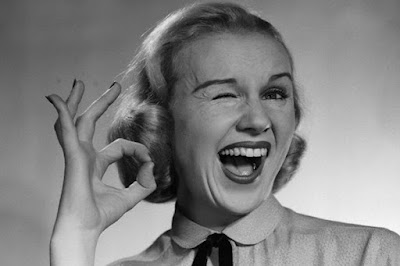 and while waiting, you might want to read my other posts:

> have you heard of these?

> the story of a poor chicken

> 15 helpful tips on how to remain poor