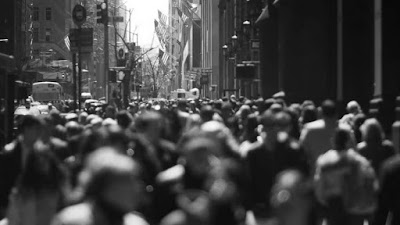 i will lay on the ground where the soil warm, and the grass new. under a reverie that time yields with eyes set towards the blue yonder i will run round slopes of vignette pictures of ever-shifting daydreams designating away life’s complexity. the euphony of peace will gently breathe into my sentiments on a transcendent crossover, immersed at a juvenile sun that inundates through the slopes of  promises of verve and absolute simplicity. 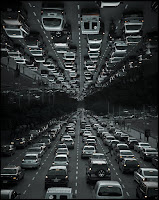 amidst this austere state of hectic reality i dwelt in a lonely shell following the same footsteps before life’s exasperation dins the cacophony of madness against a once exuberant spirit. the constraints and its unsettling awareness—the reason to flee, the reason to retreat into our own thought-made havens.

we would craft our own euphoria. some broadened and swelled having innards of desire and love,  others—of good fortune and dreams. or, simply on solace and relief! wherever those transit leads, with or without hesitations only the respite of the soul shall regain its peace. but to him who’s favored to stay in the same old burrow will forever carry the resentment of his own enouement.

but this idea has tilted further towards a bizarre obsession.

now, i am drawn into this engendered idyllia arriving over a fabricated pane of alter-reality, this once, where my skin eases and the mind quietens; least this idyllic world—those disconcerting consciousness is within my own restrain. but what decorated this kaleidoscopic utopia are the glittery thoughts itself that i contrived—with its mellowed seasons the air is as soothing as spring; where the solstice shines like rhinestones that closes to an evening of deep synthetic sapphire. as if i’ve stepped-in on a diurnal faraway from where everybody is. and it is on that balmy skin of earth these feet trudged i was able to surmise there is nowhere i would rather be. and no one should ever find me too soon.

with serenity as the only reprieve, i bear no ill-tempered heart that pretends nor hold a bitter mouth that speaks sugar-coated words, or carry brief minutes of hardened cynicism.  only here the asylum, an incorruptible place: unconditioned—whole. everything that sends out a whiff of  resentment will be mere dusts that will trickle to the landscapes that roll endlessly over this undented space of mirth and quietude.

the repose of those incongruous hours captivated over time's transience never parted away from the open fields of blissful solace. once the mind absorbs, the prose that tendrilled within the musings were those that were partly lived, haply every contentment yet do hang on them. i will always come home and bring no bad news with me.

after i lost myself in the magic of withdrawing in solitude i take along the names of things i came across:
as the rhapsodies of the running brook; the prismatic sprinkle that almost wraps the earth; as the inscrutable respiration of the verdant land, it’s drone. as with the first few sunflowers that unveil, or as the dandelions like children of summer liberating themselves away their mother's clench; as the skyshadows and of the heartwaters heaved above the electric mouth of the sky. we be well-aware we are ensnared in the confines of a substantial onism and we the temporal fibers; and truth only—where our foremost frontier is—bears the might of wisdom no bounds should ever contain. 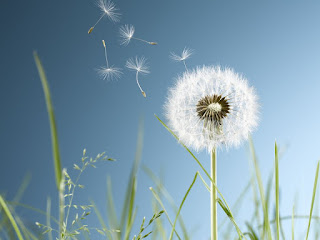 so shall we all rest on a ground where the soil is warm and the grass new? running on our own landscapes, bathing under the constant rain of a citron sun? so we can shut very pleasantly to summon a moment therein.. don’t ever pull back too quickly—for you may not want that immersive journey's amniotic tranquility dissolve in your awareness to soon. for as long as we breathe deeply for that solemn upkeep of reflective understanding, the sequel of those insightful episodic daydreams..must go on. 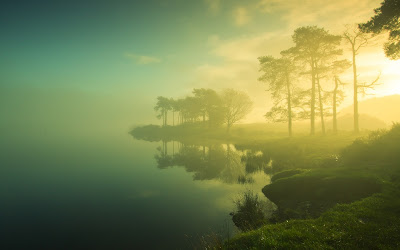 "WE DO NOT NEED MAGIC TO CHANGE THE WORLD, WE CARRY ALL THE POWER WE NEED INSIDE OURSELVES ALREADY: WE HAVE THE POWER TO IMAGINE BETTER." _J.K. Rowling


disclaimer: i do not take ownership on any of the photos included in this blog post. photos for visual use only. this is not a monetized blog site.
photos taken from:  cowrks.com
dailydesigninspiration.com
socio13.wordpress.com
fr.best-wallpaper.net